skip to main | skip to sidebar

Tears in a whisky glass

Me ol' mate Sprocket passed away this afternoon.
Died on the vets' operating table minutes before an operation to remove a cancerous growth from his spleen or liver (not sure which).
Didn't even realise the poor bugger was ill 'til last night.
Returned from a dogwalk yesterday evening and he didn't eat his grub.
Looked poorly this morning so I booked a slot at the vets'.
Slowly lost his sparkle throughout the day.
Died in my arms as I comforted him before the op.
There's a big hole where he used to be.
It was a huge privilege and one of the greatest pleasures of my life to have been the keeper of this enthusiastic bundle of joy throughout his existence.
Our little gang was gifted from above to have known him.
Lucky me. And Georgie. And wee Jocky.
See y'again chum. 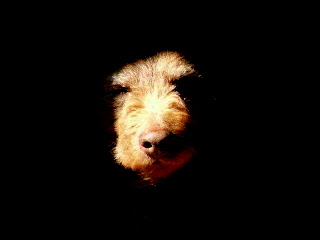 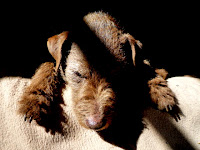 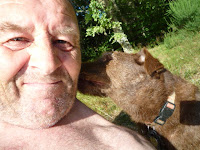 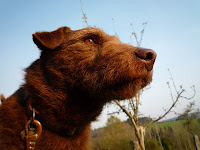 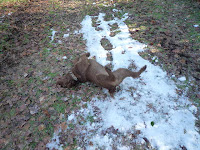 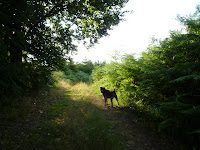 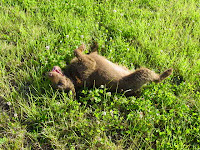 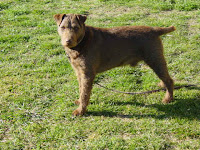 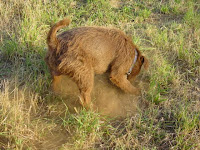 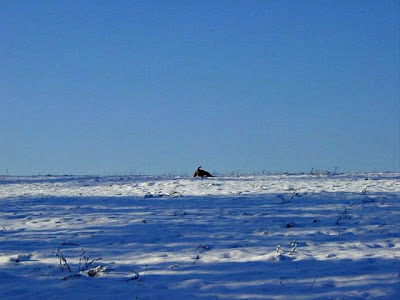 P.S. - Went down to the vets' this afternoon (the day after he died) to pay the bill and sign the incineration(?) certificate because I was in no fit state to do it yesterday. Told them I didn't require his ashes, but went back there about twenty minutes later and said I'd changed my mind. I'm to collect his ashes in a month's time which will apparently be in a box of some kind. Might scatter the ashes at the top of the Lightning Tree hill which was one of his fave walks. Gave Jock a quick walk down in the valley on the way home. Walking without Sprock is going to take ages to get used to. I kept thinking he'll run alongside at any moment. But he didn't. Dammit, I miss him. And I think Jock does too.
Posted by Tommo at 9:26 PM

Tommo
Bohemian hermit recluse hiding in the mist-shrouded hills and backwoods of central France; went to art school in the mid-Sixties and never really left; masochistic supporter of Aldershotnil FC; fascinated by the mystery of disappearing odd socks; follically, cosmetically and vertically challenged but horizontally unchallenged, otherwise perfect (it says here); probably one of the luckiest geezers in the whole wide world.